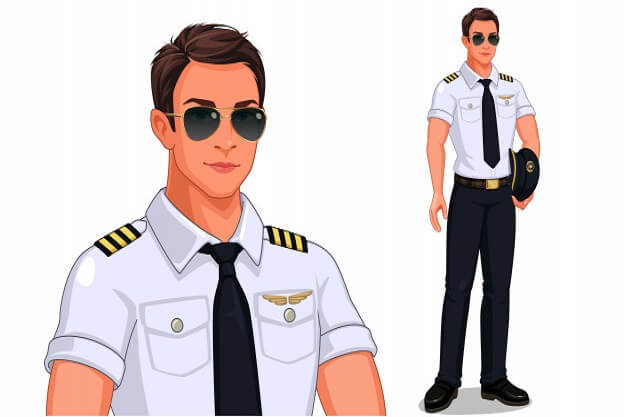 Cadet Pilot Programme Vs Conventional PilotÂ Training: Which One Is The Best For You?

Going by market research, India is all set to become the third-largest aviation market in the world in terms of passengers carried by 2024, even surpassing the UK. Now with the growing demand in commercial aviation, India has seen an unprecedented rise in passenger traffic, which exponentially led to a shortage of well trained commercial airline pilots. As the saying goes, that “Necessity is the mother of all inventions”, this has forced many major airlines in India to come up with their own tailor-made Cadet Pilot Programmes to cater for their shortage of pilots, alongside the conventional flight schools. Now if you are an aspiring pilot, keen on taking up Commercial Pilot Training as your desired career path, you must have faced a plethora of confusion regarding which option suits you the best.

So future captain, if you are reading this and unable to decide whether to go for the Cadet Pilot Programme or The conventional commercial pilot training through flight school, this post is for you.

First, let’s be honest. Whether it is the Cadet Pilot Programme or Conventional pilot training through flight school, at the end of the day you will be getting the same qualifications, i.e a commercial pilot license when you finish your training, a multi-engine command instrument rating and finally your type rating. The major differences which come to play between a Cadet Pilot Programme and Conventional Pilot Training through flight schools are the cost, the duration of your training and last but not least, the time that it takes to finally reach the coveted right-hand seat of your dream airline. At present, the Airlines having their cadet pilot programmes are Indigo, Spicejet and Air Asia.

Cadet pilot programmes are tailor-made according to the airline standards by the airline, which results in the overall training curriculum being a tad bit different from conventional pilot training through flight school. In addition to your commercial pilot license training, multi- engine command instrument rating and type rating you will also be doing UPRT(Upset Prevention And Recovery Training), a Jet Orientation course and Mcc( Multi-crew co-ordination course), all according to Airline led down standards.

After all, these are completed along with paperwork cadets are inducted for their Initial Company Training of 2 months, after which they finally get to fly the beautiful piece of machinery from the right- hand side. As mentioned by the airlines the total course is likely to get completed in 18 months, with the Initial company training not accounted for.

As everything comes in the world with a set of pros and cons, the cadet pilot programme is no exception-

From the very beginning of your commercial pilot training through a flight school in a conventional way you are on your own. You don’t have a job agreement(LOI) in hand. The training begins with necessary ground school subjects, getting your 200 flying hours for your CPL and then a multi-engine command instrument rating. None of the flight schools in the world provides you with a type rating, it solely depends on you to go for the type rating of your desired aircraft and select the type rating organization based on your criteria. As expected MCC, JOC and UPRT are not parts of your conventional pilot training through flight school.

The duration depends on flight schools, generally, it’s 20 months just for your CPL, type rating excluded. An alternative to this can be doing your commercial pilot training from abroad, the USA or NEW ZEALAND. Basic flying for your CPL is generally completed there within 8-10 months.

If the above-mentioned point is a problem for you, you have come to the right place. Here at https://www.thepilot.in/, we deliver professional assistance regarding all your paperwork from visa till you get your license converted. To select the best flight school in the USA OR NZ and to start your commercial pilot training or how to become a pilot feel free to go through our website and drop us a mail at info@thepilot.in.

Be it Cadet Pilot Programmes or conventional pathway, both are good in their ways, with their own set of pros and cons. Before these cadet pilot programmes came into play, the conventional path was the only sure-shot way of becoming a pilot in India and even today it is still one of the ways. Just the crowd got a bit bigger and the competition to reach the cockpit got a little tougher.

But with the above points led down we are sure it helps you to make a decision and places you a step further to your goal.

See you in the cockpit, future captain. Till then, Happy Landings.