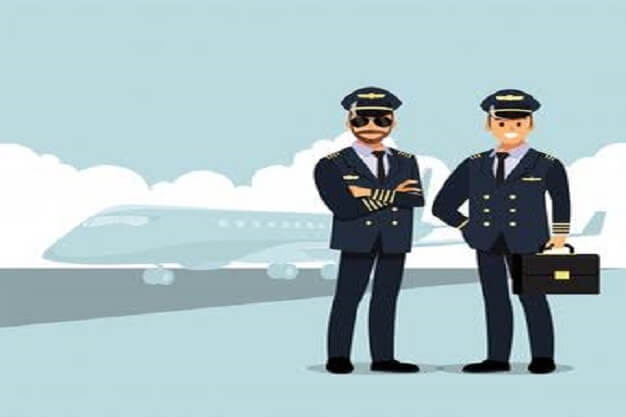 The Different Cadet Pilot Programmes In India: Your way to the cockpit.

Ever seen the movie “Charlie and the Chocolate Factory?”. If you have seen it one must be aware of the most precious “Golden Ticket”, the desired ticket among kids which would win them a chance to enter the otherwise “closed for visitors”, Willy Wonka’s Chocolate factory. Just like the kids, if you are an aspiring pilot in India you would agree the airline cadet pilot programmes  CPL are one of their kind golden tickets, which open the gates of the airline cockpit for you.

With more and more airline coming up with their tailor-made cadet pilot programmes, to cater for their shortage of well trained commercial airline pilots, it has been increasingly difficult for students to decide which one is the best for them. Back in 2012, Indigo was the only airline in India with their cadet pilot programme partnered up with CAE. Now there are also 2 other players in the market Spicejet and Air Asia. If you are an aspiring pilot confused about which one is the best for you and what each one offers, this post is for you.

The leading airline of India was the first one to start its cadet pilot programme in India. It was the first of its kind way back in 2012. Starting with just one flight school currently, the indigo cadet pilot programmes are conducted by 7 flight schools all over the world all of which are top performers in their field. The programme is focused on helping selected candidates to achieve their commercial pilot license and Airbus A320 type rating in a timely and efficient manner, on successful completion of which they will join Indigo as a Trainee Junior First Officer. The selection criteria are more or less the same for all the flight schools. Candidates need to possess a valid class 1 and class 2 Indian DGCA medical, have achieved a minimum of 55% in 10+2 physics and maths with enough English proficiency(both written and speaking). The selection is mainly divided into 4 phases- a written exam comprising of 10+2 level physics, mathematics and English. A CASS(CAE aircrew selection system) or PILAPT to check your basic psychomotor skills, hand-eye coordination, a psychometric questionnaire evaluation to test your personality and finally a group discussion followed by the airline interview. The entire course is to be completed within 20 months varying upon the flight schools and fees for the same is approximately 85-95lacs.

With 200 aircraft order in process and massive expansion plans under the regional connectivity scheme, SpiceJet is all set to change the face of air travel in India. The Cadet Pilot Programme aims at not only providing trained professionals to the aviation industry but also an assured job with SpiceJet, on completion of the course. The eligibility criteria for the programme are that you must be between 17-32 years old at the time of joining, achieved a minimum of 60% in 10+2 mathematics, physics and enough fluency in English and holding a valid DGCA class 2 medical license. The course also offers a degree programme of BBA for 12th pass candidates along with achieving a commercial pilot’s license and a type rating on Q400 or B737.

Candidates are selected after a COMPASS test(Computerised Pilot Aptitude Screening System), Complex Control Task Test, an online psychometric questionnaire test for personality analysis, followed by the airline interview. The total course fees is 90 lacs, the positive being Spicejet offering a scholarship of 10 lacs to diligent students based on their 10+2 results.

One of the most prominent low-cost carriers in India Air Asia started its cadet pilot programme in 2019. The eligibility criteria for the same is that you must be an Indian national aged between 18-33 years at the time of application, possess a valid DGCA class 2 and class 1 medical license, passed 10+2 with a minimum of 60% in each mathematics and physics and fully proficient in English(both in written and while speaking).

The selection of cadets is based on 4 phases- A personality assessment test, educational qualification check and medicals are checked. A quantitative critical thinking test comprising maths questions ranging from easy to most difficult, to be solved within a fixed time. A Psychomotor, Spatial Orientation & Physics Test checking the psychomotor skills and hand-eye coordination of the cadets which is finally followed by an Airline interview.

The course offers candidates getting their commercial pilot’s license and then an Airbus A320 type rating, in the most efficient and timely manner possible. Upon successful completion of training, candidates will join Air Asia as a 2nd officer.

We are proud to announce that https://www.thepilot.in/ is the official training partner for Air Asia’s cadet pilot programme. For any queries on the Air Asia Cadet Pilot Programme, please hit us up.

All the above pieces of information are provided correctly to the best of our knowledge. For the latest updated information on the cadet pilot programmes, please visit the respective Airline’s website.